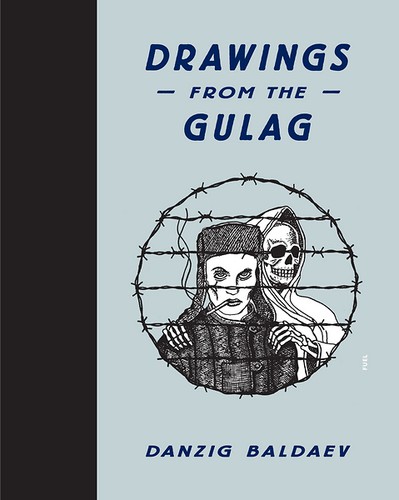 Featuring over 130 drawings and texts by Danzig Baldaev – author of the acclaimed Russian Criminal Tattoo Encyclopaedia Volume I, II, III – this book describes the history, horror and peculiarities of the Gulag system from its inception in 1918.

Baldaev's work as a prison guard allowed him to travel across the former USSR where he witnessed scenes of everyday life in the Gulag first-hand, chronicling this previously closed world from both sides of the wire. The drawings, made during the Communist period, form a devastating document, a haunting echo of the works of Varlam Shalamov and Alexandr Solzhenitsyn.

With every vignette, Baldaev brings his characters to vivid life: from the lowest zek (inmate) to the most violent tattooed vor (thief), the practises and inhabitants of the Gulag system are revealed in incredible and shocking detail. He documents the contempt shown by the authorities to those imprisoned, and the transformation of these citizens into survivors or victims. This graphic depiction exposes the systematic methods of torture and mass murder of millions undertaken by the administration, as well as the atrocities committed by criminals on their fellow inmates. 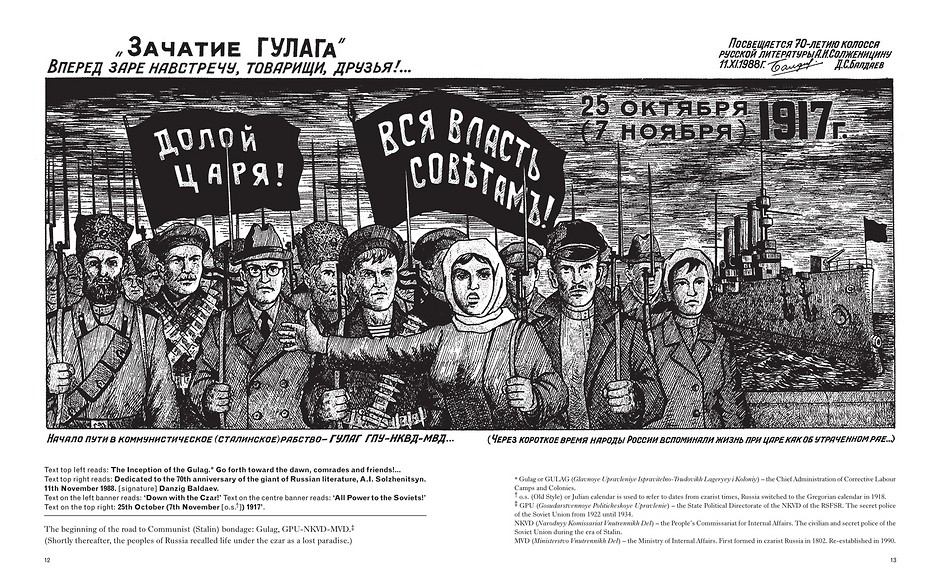 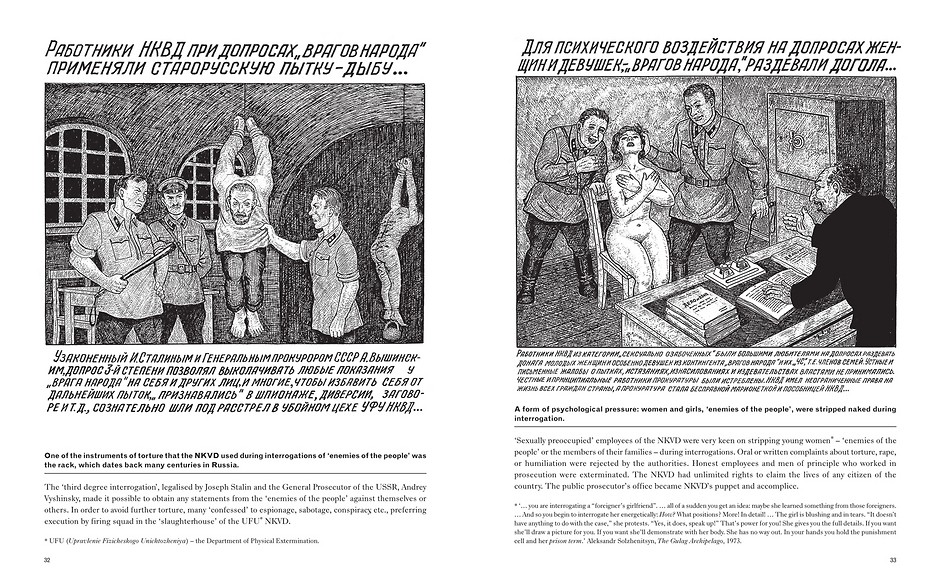 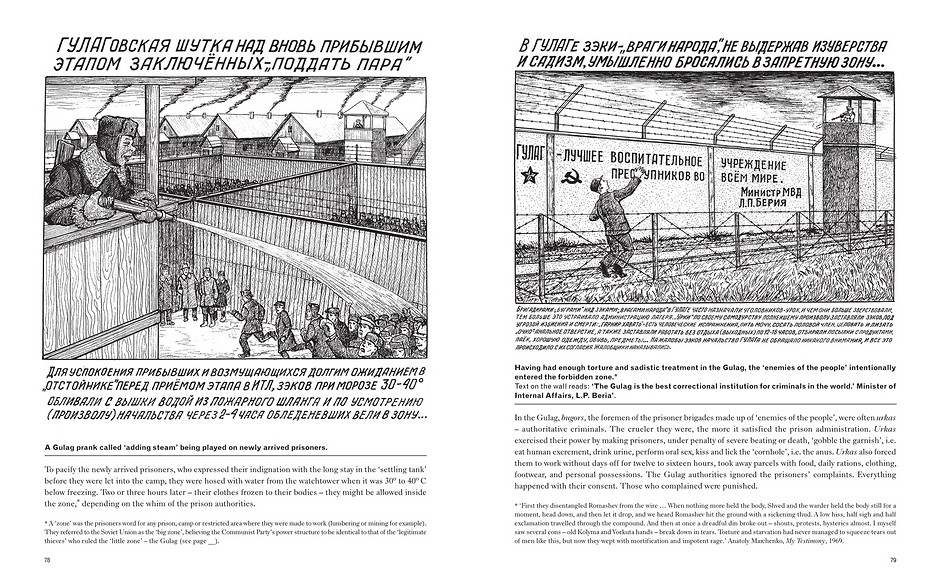 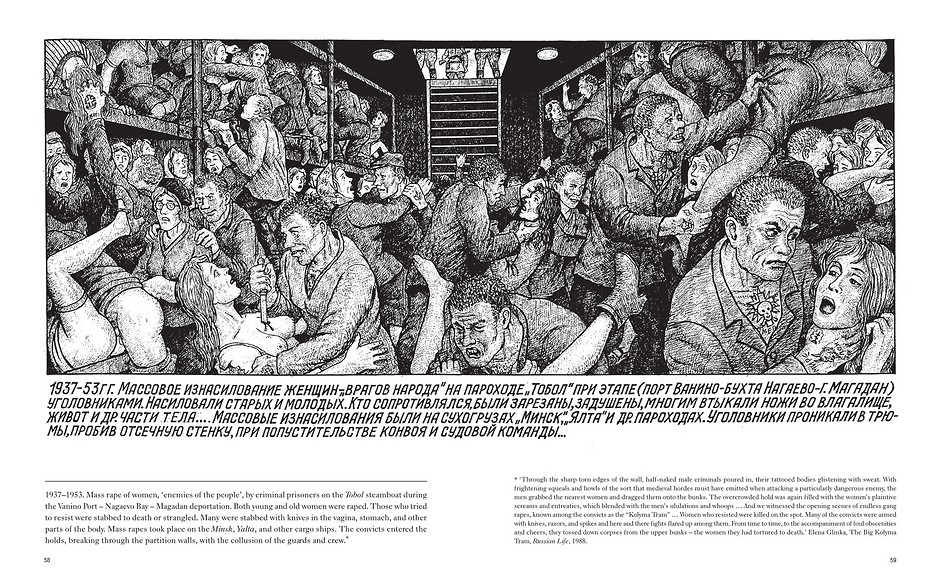 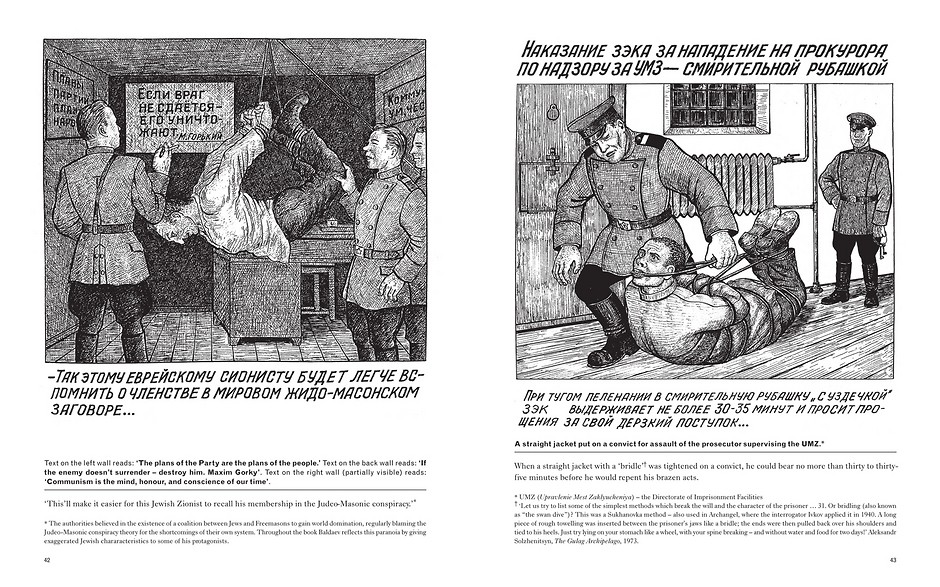 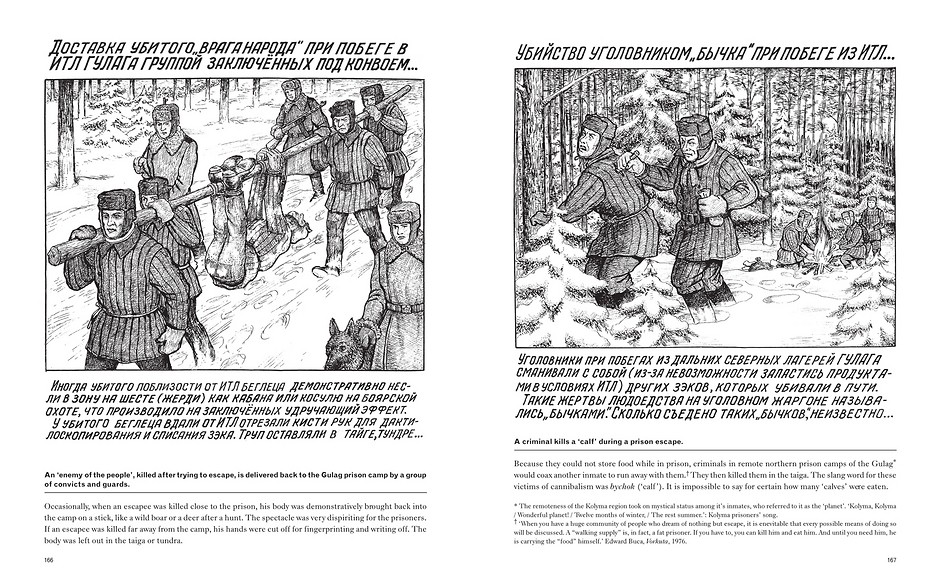 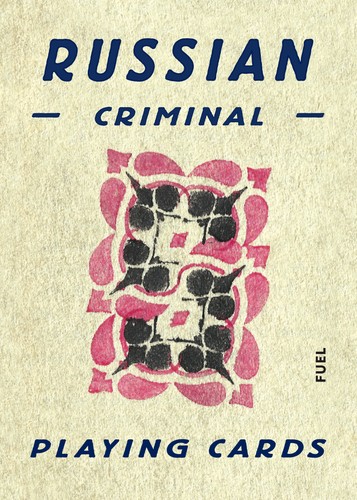 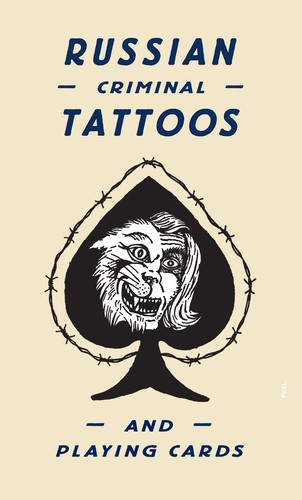 [Baldaev] was an example of a relatively understudied phenomenon: a secret dissident working deep within the Soviet security apparatus itself. What his NKVD bosses never knew was that he was gathering information on conditions in the camps that he would later use to draw the most disturbingly graphic images of the Gulag ever produced.
BBC History Magazine

I knew Drawings from the Gulag would be rough, uncomfortable reading because of its unsparing, brutal, and graphic accounts of prison camp torture, sexual abuse, and other forms of humiliation and debasement, but I wasn’t expecting it to affect me as deeply as it did. I read in small installments. Baldaev’s drawings balance the grotesque and the realistic in each panel, revealing and releasing more pain and disdain, from his subjects (and, I suspect, Baldaev) than photos could.
Nearly everything that I’ve tried to write about the book’s many merits feels trivial. But I will say this: given the history of the camps and the large body of Russian-language fiction that they spawned, I found in Drawings a very valuable account of what happened in the Gulag and the language used to describe the horrendous, unthinkable things that people did to each other.
Lisa Hayden Espenschade. Lizok’s Bookshelf blog

Only now, with Fuel’s elegant publication Drawings from the Gulag, have the works been available to the public. The 200 pages of drawings, accompanied by Baldaev’s captions and editorial notes and quotations gleaned from authoritative texts (such as Aleksandr Solzhenitsyn’s The Gulag Archipelago, Martin Amis’s Koba the Dread, and Anne Applebaum’s Gulag, A History), present a startling view of history, immediate and compassionate.
Few books reach across the ravine of history with such a commanding grip. In our own day of unknown prisons and unspoken acts—and heads turned away in denial and/or complicity—the more unsettling realization is how very close we stand to the cliffs of the chasm.
John Reed, Bomb Magazine (Editors choice)

Viewers may question whether the artistic merits of Baldaev's drawings redeem their potential prurience. While it is necessary to know that 'enemies of the people' were subjected to revolting forms of torture and humiliation, one may ask: are the interests of history in any way served by such graphic images. There are strong artistic precedents to support Baldaev's case: Goya's Disasters of War, for example, recorded politically motivated atrocities in a similar manner and thus prophesied the modern conception of warfare. Gustave Doré's macabre and meticulous engravings for each layer of hell in Dante's Inferno gave to posterity a necessary encouragement to contemplate the inverse side of heaven. Baldaev's drawings resemble both artists' works.
The Observer
Picture Book of the Month