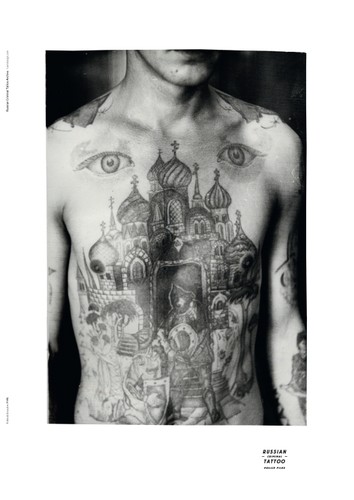 The eyes on the chest signify ‘I can see everything’ and ‘I am watching’. Battle scenes and knights in armour represent executioners or overseers sometimes known as ‘fighters’. They act according to the commands of the pakhan (the head of a group of thieves, an ‘authoritative thief’), beating up or raping other inmates. They may also murder other prisoners who have been found ‘guilty’ by the pakhan. Many of these tattoos are based on ancient Russian legends.