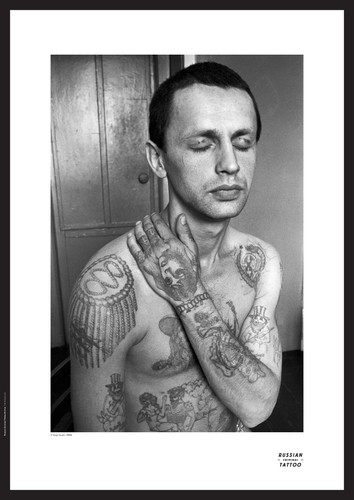 The tattoos across the eyelids read ‘Do not / Wake me’. The genie on the forearm is a common symbol of drug addiction. If an addict is imprisoned for drug offences, he or she will have to go through withdrawal in the ‘zone’ (prison). Epaulette tattoos (on the shoulders) display the criminal’s rank in a system that mirrors that of the army (major, colonel, general etc).